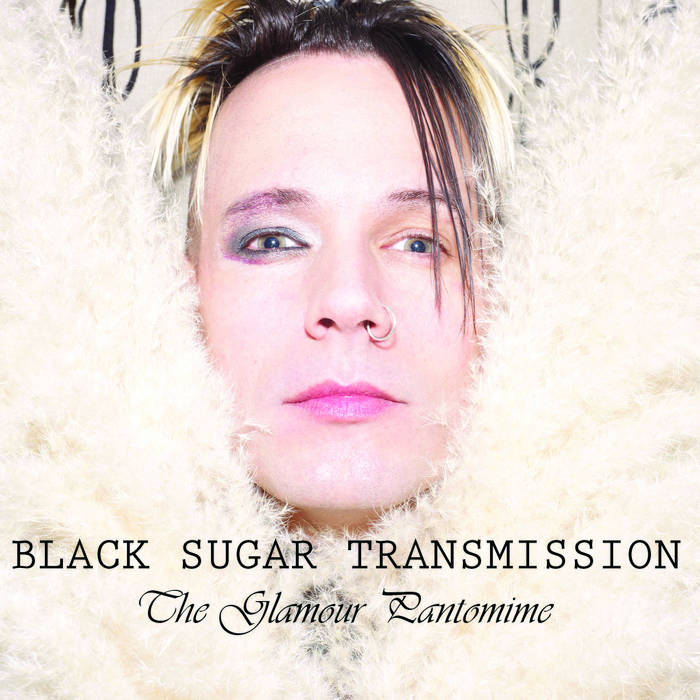 Carol Shaw Andee is an amazing talent. I dance around the house when his music is playing. Favorite track: Galaxies of Neon.

Ebony Blackheart You can become as involved in this music as much as you want to. It's great background music if your Mum is visiting, you can dance around the kitchen to it, or you can put on the headphones and lose yourself in the brilliance of the music and the skill of the execution. Elegant, sassy and fun. Favorite track: Scandal In Apt #3.

except "Into Mortal Drains", which was written/recorded in fall of 2009

Timo Ellis: live drum parts on "Loud Girls on the L Train" and "Careful Where You Step"

Jimmy Lopez: voodoo percussion and theramin on "Scandal In Apt #3" and "This Is Art"

Matt Farley: live drums on "Synthesizer License" (thanks to Andrew Dickson for engineering in Nashville!)

Dave Smith: fretless bass on "This Is Art"

recorded/mixed/produced by Andee (except for some of the guest tracks, which were recorded by the musicians themselves)

mastered by Julian Silva at On Air Mastering

thanks to Eventide, DiMarzio, Fractal Audio and Tom King/Atomic Amps for invaluable gear and assistance

JUST SAY NO TO AUTO-TUNE

"A glam-powered industrial super nova statement of intent...a white line to a post-apocalyptic Studio 54...[The Glamour Pantomime] is an album of extremes, intoxicating and human, wrapped in a true technicolor coat." - The Sound of Confusion

"[Top Ten of 2013!] If I could summarize this whole soul-sucking, paranoia-themed roller coaster of an album in only one word, that would be fun. Fun fun fun. It's colorful, charming and full of personality." - TZEEEAC

"The missing link between early Roxy Music, Talking Heads and Prince...funky electro dance art rock with a glam twist...should convince anybody who is looking for an album that the Purple One has been failing to deliver for decade or so." - Here Comes the Flood

"Hilariously acerbic lyrics...a biting commentary on the more repugnant side of glamour and other forms of manufactured coolness." - Natalie Hamingson, Blvd Central

"This is an album unlike any I’ve heard in quite some time. It combines the qualities of some of my favorite pieces of music to form something fresh that caught me completely off guard but in the best possible way." - Raised By Gypsies

"It is only through some small ugly knot in the threads of our societal fabric that yours is not a household name" - Matt Picone, Fractal Audio

"An artist connecting the dots between the glam of Roxy Music, the sex funk of Prince, and just a hint of Marilyn Manson's angst, his latest record, The Glamour Pantomine, finds the artist dealing with all his pet peeves at once...this record may be Andee Blacksugar's bitch-fest, but it couldn't be more dance-ready." - Deli Magazine

""The Glamour Pantomime is full of energy; there’s a lot of fun to be had listening to it." - Echoes and Dust

"Bright and beautiful with stellar production. listen to this, you will be doing your soul a favor" - Corinne Crosby, rock enthusiast

"The best record Prince never put out! For me personally, this is going to be the album to beat for 2013. Good luck to the rest of you out there." - Chad Von Haden, JAY

"He would rather drink a gallon of Drano than use AutoTune" - Eric Moberg, NJ bicyclist from Hell

"I'm no longer amazed by your brilliance/talent/musical output because I am now convinced you are not human. NO human being can compose/create/put forth so much musical output with such effortless grooviness. Where are you from, Andee Blacksugar?" - Teague Clements, NYC tastemaker.

"The pure evolution of music lives in Andee Blacksugar. The new BST release is truly proof of this." - Hank Dunne, OMF

"It is beyond my comprehension that a guitar virtuoso like [Andee] - with chops comparable to Vai and anyone else at the top of the list -continues to, almost defiantly, refuse to use the guitar as his primary weapon. Instead, keeping it in the holster, waiting to use it, only if it fits into the song. Which is a sincere credit to the songwriting" - Chris Karam, golden-eared listener